All hotel reservations should be made through a conference link exclusive to OCEANS 2023 Gulf Coast conference attendees. MCI USA, OCEANS 2023 official housing and conference services provider, is the official housing partner. Through MCI, OCEANS will provide you unique headquarter hotels to book your stay through our exclusive link. Directly support OCEANS 2023 by booking within the block at the lowest rate available with added amenities included. You’ll stay amongst your OCEANS Community peers, gaining valuable network connections inside and outside the convention center.

Located on the Mississippi Sound, the Mississippi Gulf Coast has 62 miles of shoreline, dotted with sandy beaches with scenic sunsets, gaming establishments, eclectic eateries, bustling ports, and industry. In recent years, this diverse use of the coastline has drawn attention to the state’s Blue Economy – the portion of the economy associated with the water asset.

It is estimated that the Blue Economy is more than 35% of the total GDP for the state. The largest employer in the state is Ingalls Shipbuilding.Other large companies, such as Leidos, VT Halter Marine, General Dynamics, U.S. Marine, SAIC, and Teledyne Marine enjoy corporate headquarters or large satellite offices in Mississippi. The gulf coast is also the chosen location for many small companies supporting new innovations in Blue Economy sectors, prime and subcontract work for federal agencies, light manufacturing, and sensor/system development. It is our temperate climate, affordable workforce, and quality of life that bring them to our area.

NMOC serves as the operational arm of the U.S. Navy’s Oceanography Program and is the local command for several other Navy groups in the area. The Naval Oceanographic Office is responsible for providing oceanographic products and services to all elements of the Department of Defense (DoD) and has one of the largest glider fleets in the world, operating 24/7. Other Navy offices in the state include the Naval Research Laboratory, the Navy Small Craft Instruction and Technical Training School, Special Boat Team 22, the Navy Special Warfare Center, the Navy Office of Civilian Human Resources, and the Naval Construction Battalion Center.

With a global network of nearly 100 buoys worldwide, NDBC’s mission is to provide quality observations in the marine environment in a safe and sustainable manner to support the understanding of and predictions to changes in weather, climate, oceans and coast.Other NOAA offices in the area include the National Centers for Environmental Information, the Navigation Response Team 1, the National Marine Fisheries Service, and the Office of Marine and Aviation Operations.

Additionally, Mississippi’s John C. Stennis Space Center is home to NASA’s largest rocket engine testing facility and Federal City. Headquarters for both OCEANS 2023 Honorary Federal Co-Chairs are at Stennis, as well as more than 30 other agencies including the Departments of Homeland Security, Energy, Interior, among others. Hundreds of large contractors and smaller subcontractors support the programs and projects associated with the federal missions at Stennis. The Center is open to commercial businesses as well, with companies such as Aerojet Rocketdyne, Lockheed Martin, and Rolls Royce supporting corporate programs from their Stennis locations.

The Mississippi/U.S. Gulf Coast area is teeming with activity and even more potential. Through the local technical tracks chosen for OCEANS 2023, we will explore one of America’s most dynamic coastal areas – the Gulf of Mexico. Please join us! 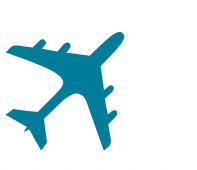 The Gulfport/Biloxi Airport (GPT) is the closest airport to the OCEANS 2023 venue. Rental cars, taxis, and Uber are all available. Note that the conference venue and host hotel (Beau Rivage, 875 Beach Blvd, Biloxi, MS 39530) are not co-located; however, the conference will provide daily shuttles to and from the venue all day every day of the event.

1. New Orleans Airport (1.5-hour drive – car rental is the best option – there is no shuttle) 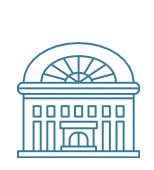 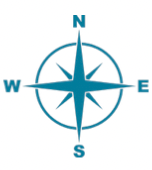 Traveling east on I-10

Traveling west on I-10

The Mississippi coast has a temperate climate and is a year-round destination for those seeking outdoor activities.

There are numerous ecotourism experiences, such as world-class golfing, kayaking, paddle boarding, birding, fishing, boating our many waterways, Schooner sails, and even a 70-minute shrimping trip, which can be fun for the entire family. Guests can also discover the new Mississippi Aquarium or the INFINITY Science Center.

The Mississippi Coast’s art scene is an absolute gem: get your culture fix at the world-renowned Ohr-O’Keefe Museum of Art (designed by famous architect Frank Gehry), and discover the beautifully eccentric world of the illustrious Anderson family at the Walter Anderson Museum of Art and Shearwater Pottery Workshop and Showroom. Ocean Springs and Bay St. Louis boast wonderfully artsy, walkable downtown areas amongst the ancient live oaks, where you can wander in and out of shops, galleries, bars, and restaurants all day long.

Gaming and entertainment – with 12 casino resorts featuring headlining entertainment, bars and restaurants, there is always something to see.

There are plenty of opportunities to take advantage of free things to do in the area, as well as reasonably priced offerings or ways to save as you explore around every corner, including the mobile-exclusive Coastal Mississippi Attractions Pass that offers several options for discounted visits to ten major attractions.

For a forecast of the weather during your stay, visit Mississippi Gulf Coast Beach & Weather Updates | 5-Day Forecast.